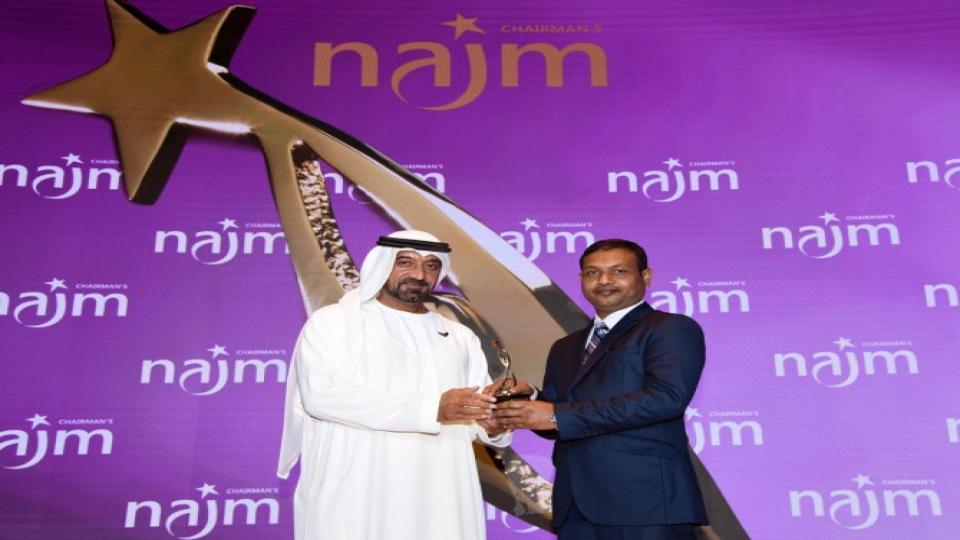 Dubai: Mohammed Imamuddin, a Bangladeshi employee in Emirates received the organization’s most prestigious recognition- the Najm Chairman’s Award for ‘going beyond the call of duty to save a sick customer’ at a ceremony held at Emirates Group Headquarters in Dubai today, January 30, 2020. Sheikh Ahmed bin Saeed Al-Maktoum, Chairman and Chief Executive of Emirates Airline and Group personally presented the coveted award to Imamuddin. The award ceremony was attended by hundreds of colleagues, as well as friends and families of the 26 honourees, and streamed live to thousands of employees around the world. The winners also received a monetary award for their contributions.

While doing his mailing rounds Imamuddin heard a colleague from Emergency Response Planning call out to him urgently. An elderly passenger, who was in transit to Dhaka, had just collapsed from a heart attack, and the colleague was attending to him. The passenger and his wife could only speak their own native Bangla. Imamuddin immediately rushed to assist as a translator for the passenger and emergency services. However, his assistance to the sick passenger did not end there. Imamuddin also used his personal time to visit the passenger at over the next 10 days of his recovery in Dubai. He helped to translate and communicate the passenger’s requests to the travel agency in Dhaka as well as other government agencies. He contacted the passenger’s family and kept them updated on the passenger’s condition. Imamuddin even took the time to prepare homemade Bangla dishes for the passenger. Imamuddin’s generosity and care for this passenger went above and beyond his work responsibilities.