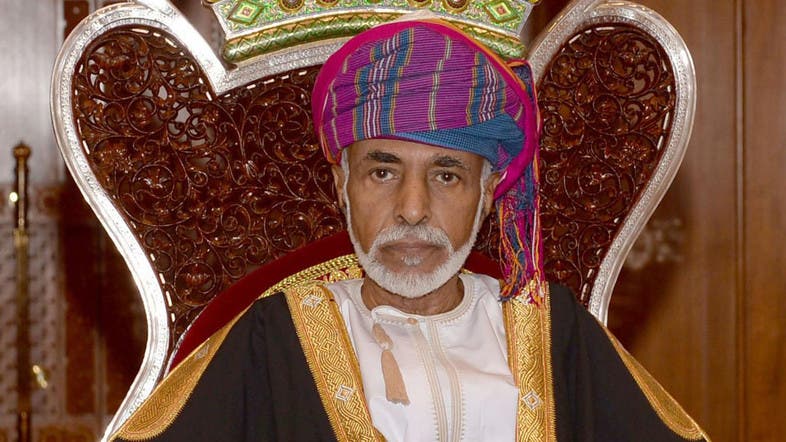 Condolences started pouring in on Saturday for Oman’s Sultan Qaboos bin Said al-Said, the longest-serving leader in the Gulf region who died earlier the same day at the age of 79.
Saudi Arabia’s King Salman bin Abdulaziz and Crown Prince Mohammed bin Salman in a statement Saturday said the Kingdom and its people share the sorrows of their brothers in Oman. Saudi Arabia’s Royal Court announced its mourning of the late Sultan, the Saudi Press Agency reported.UAE’s Sheikh Khalifa bin Zayed Al-Nahyan announced three days of mourning for the death of Sultan Qaboos, as well as flying flags at half-mast, according to a tweet by Emirates News Agency.
The US Embassy in Muscat offered its condolences in a tweet, saying that the late Sultan’s “steadfast leadership embodied his sincerity, his generosity, his tolerance, and his deep love for his country” and adding that he “will be missed.”UK Prime Minister Boris Johnson said in a statement he is deeply saddened to hear about the death of Sultan Qaboos.
“I had the pleasure of meeting His Majesty Sultan Qaboos and was struck by his commitment to peace and understanding between nations and between faiths,” Boris said in his statement. “He leaves a profound legacy, not only in Oman but across the region too.”
Former US President George W. Bush released a statement saying he is saddened by the news and that the late Sultan Qaboos had been a stable force in the Middle East.“He had a vision for a modern, prosperous and peaceful Oman,” Bush said in the statement. “And, he willed that vision into a reality.”
Brotherly Oman and the Arab and Islamic world have lost a wise leader, tweeted the Abu Dhabi Crown Prince Sheikh Mohammed bin Zayed, offering condolences to the Omani leader’s family and people.
The UAE’s Minister of State of Foreign Affairs Anwar Gargash extended his condolences to the people of Oman in a statement on Twitter.“We lost a high profile historical figure with the death of Sultan Qaboos… A wise and inspiring leader who led the revival of Oman for over 50 years and worked wholeheartedly for the good of his country and people.”