“Go Air” is an Indian low-cost airline based located in Mumbai, Maharashtra. Indian business conglomerate Wadia Group is the owner of it. In October 2017, it was the fifth largest airline service in India with an 8.4% passenger in market share. It started service operations in November 2005 and operates a fleet of Airbus A320 aircraft in all economy configurations to serve a comfortable package.

As of March 2020, the airline operates over 330 daily flights to 36 destinations, including 27 domestic and 9 international destinations, from its hubs at Mumbai, Delhi, Bangalore, Kolkata, and Kannur. The route network of Go Air spans prominent business metros as well as key leisure destinations across the Indian subcontinent successfully running now. Go Air renders its services at the airports in the following places:

Go Airlines was founded in November 2005 by Jeh Wadia. He is the son of Indian industrialist Nusli Wadia. The airline is a wholly-owned subsidiary of the Wadia Group. Go Airlines commenced its service operations using an Airbus A320 aircraft and operated its inaugural flight from Mumbai to Ahmedabad on 4 November 2005. In March 2008, the airline announced revised plans to operate 11 aircraft and service new destinations with developed service in North East and South India by the end of the year. Increasing fuel prices forced Go Airlines to cut down the existing number of flights in June 2008.

In January 2009, British Airways was interested in buying a stake in the airline. In November 2009, Go Air entered into talks with Indian airline SpiceJet over a possible merger which ended in a no-deal. In April 2012, Go Air became the fifth largest airline in India in terms of market share following the demise of Kingfisher Airlines. In 2013, the airline appointed investment bank JP Morgan to scout for potential investors. The airline’s growth has been slow compared to other airlines established at the same time such as IndiGo and SpiceJet, which have larger market share, fleet size and destinations served as of 2016.

According to the airline, it is a planned strategy due to the tough aviation environment in India and to focus on maintaining profitability rather than on capturing market share and increasing the destinations and fleet size. As of February 2016, it remains the fifth-largest carrier in the country with an 8% market share. The airline is planning for an initial public offering (IPO) in 2020. The airline took delivery of its 20th aircraft in June 2016, making it eligible to operate international flights.

Go Air became the sixth Indian domestic carrier to fly internationally when it launched its inaugural flight to Phuket from New Delhi on 11 October 2018. On 17 March 2020, due to the impact of the COVID-19 pandemic, Go Air suspended its international flights until further notice.

Being a budget airline Go Air offers options for buy on board in-flight meals. The airline publishes an in-flight magazine, which is named Go-getter. Go Air offers a premium service known as Go Business at a higher fare which provides extra services including seats for the valuable passenger with greater legroom, free meals, increased baggage allowance, and priority boarding. In 2011, the airline launched its frequent flyer called Go Club, which provided benefits such as lounge access and free upgrade to Go Business. The new membership was discontinued in February 2014.

Go Air was rated as the “Best Domestic Airline For Excellence in Quality and Efficient Service” by Pacific Area Travel Writers Association in 2008 & it was a great honor for them. The airline was named the “Best Performing Airline” in Asia and Africa of all Airbus A320 operators by Airbus in 2011 based on fleet utilization and other service performance.

Why you should choose Go Airlines:

The national capital of India is Delhi. This city never misses the chance to amaze anyone. This city has three distinctions of UNESCO World Heritage and this is the only city where happen this.

If you want to travel to Delhi then it’s a good decision for choosing a better place to travel. The city is full of joy. It has lots of cafes, bazaars, shopping malls and lots of historic places.

Have a look at someplace where you have to visit in Delhi:

The unique architecture of Delhi:

The Qutab Minar – World’s tallest brick minar is “Qutub Minar”, a part of The Qutub complex, built during the Delhi Sultanate time.

Jama Masjid – One of the largest Masjid is India is Jama Masjid.

The India Gate – Delhi recognized by this gate. It’s inspired by the Paris arc.

Chandni Chowk – Girls attractions – placed in the main street of the old Delhi, a chaotic and crowded market, one of the oldest in Indian markets.

Sundar Nagar – Sundar Nagar is a market that has some great antique shops all over India and traditional tea houses.

Daal – A spicy Indian soup that can eat with rice and roti.

Kebabs – Slices of grilled meat may be chicken/mutton often cooked on a skewer.

Chicken Tikka Masala – It’s a traditional food od Delhi, slices of grilled chicken in masala (a spice mix) served with rice on the side.

Chaat – This is a piece of fried dough with various ingredients on top called Chatpoti. The most traditional chaat is made of potatoes, chickpeas, ginger, tamarind, coriander, and yogurt. This is too famous in Delhi

The Golden Triangle of India:

Delhi is part of India’s golden triangle what is a recognized sign of Delhi. It is a tourist route that also includes the cities of Agra and Jaipur – made the triangle. By road the whole triangle is about 720 km, the cities – Delhi, Agra & Jaipur are located within 4-6 hours’ drive from each other.

Agra was the capital of the Mughal Empire and then some wonderful monument built here. Today it is mostly known as the beautiful Taj Mahal palace at Agra, is a true masterpiece of architecture and also a symbol of love. Taj Mahal was built by Mughal emperor Shah Jahan as a memorial to his favorite wife – Mumtaj in the 17th century.

And Jaipur is the capital city of Rajasthan and it’s also a city of color and joy. Jaipur is the largest Indian state. It is called the Pink City because the color of most of the buildings is pink here. The city is packed with lots of wonderful palaces, forts, and bazaars and is a must-visit historical and cultural destination that is the attraction of the tourist. 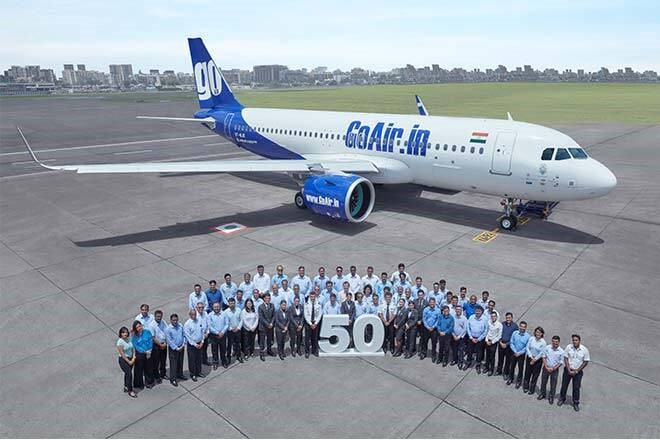 Go Airlines is a low-cost airline in India. As it is the fifth-largest air service so that it serves very perfectly to keep their reputation higher, choose your dream trip with Go Airlines & get the highest comfort for your dream trip.

Call Now to get the lowest prices Air ticket from Dhaka