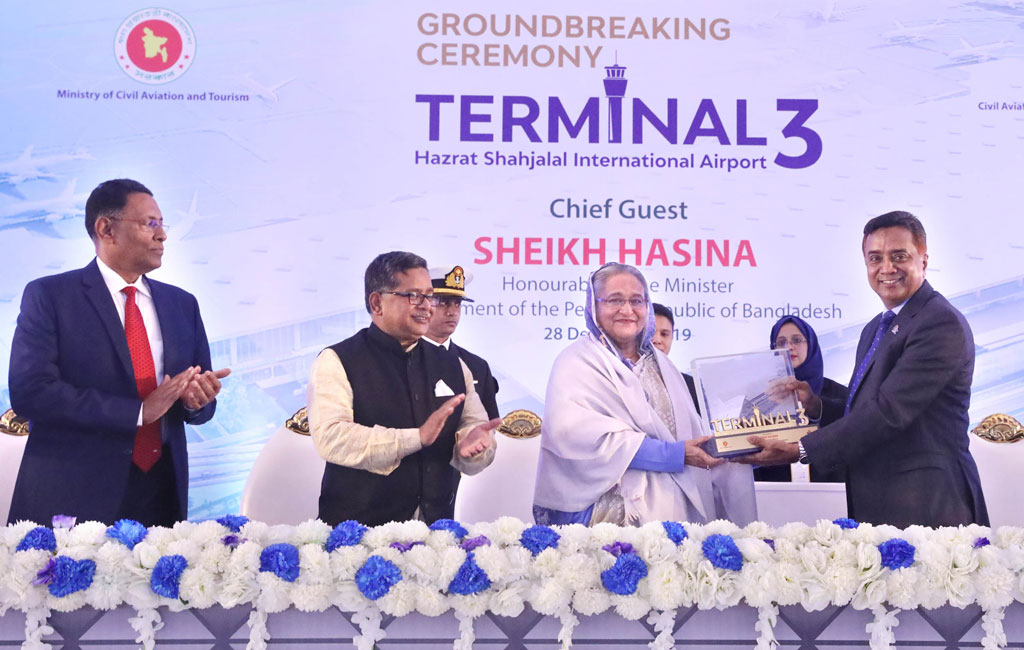 Prime Minister Sheikh Hasina has inaugurated the construction work of Hazrat Shahjalal International Airport’s Third Terminal, worth Tk21,300 crore, to significantly increase passenger and cargo capacity. She also inaugurated Biman Bangladesh Airlines’ two newly inducted Dreamliner aircrafts 787-9 named ‘Sonar Tori’ and ‘Awchin Pakhi’ as well as a new mobile application of the national flag carrier on the sidelines of the ceremony on Saturday.The government will provide Tk5,000 crore of the construction cost and the rest will be funded by Japan International Cooperation Agency (JICA). Mitsubishi and Fujita of Japan and Samsung of Korea were awarded to construct the terminal under a consortium.

The new international passenger terminal building is set to have a floor area of around 2.25 million square feet whereas the existing two terminals of the airport have space of around one million square feet together. The expansion of Hazrat Shahjalal International Airport will increase the airport’s annual passenger handling capacity from the current eight millions to approximately 20 million, and cargo capacity from 200,000 tons to 500,000 tons.