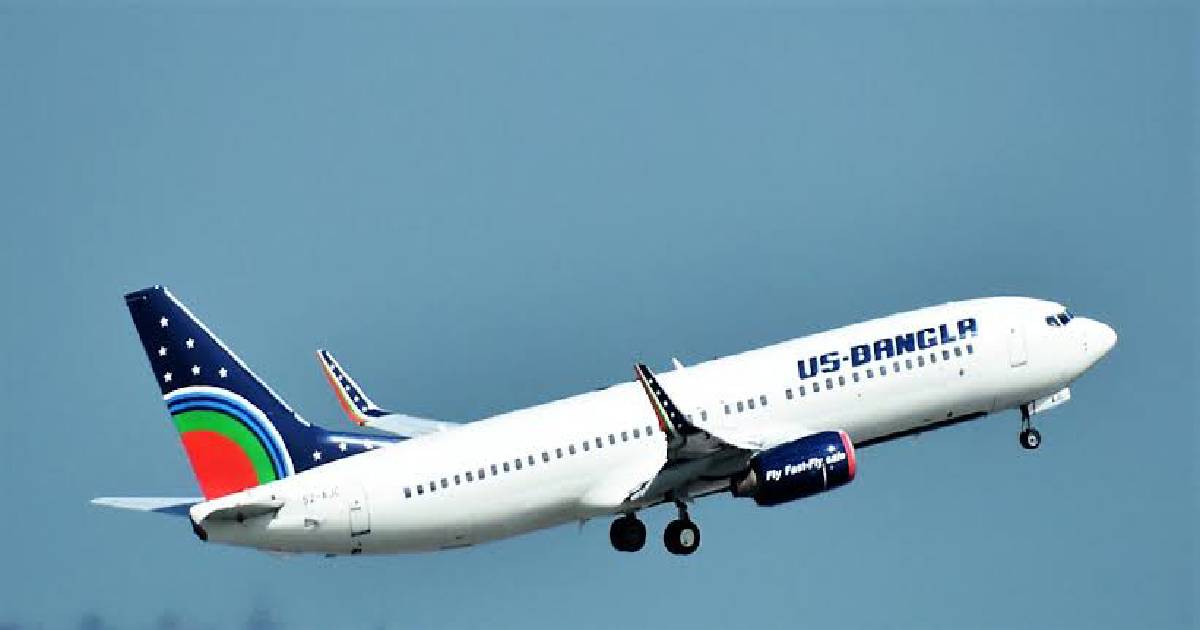 US-Bangla Airlines, a private airline on Monday celebrated its 2,000 days of successful operations in the country. In a press statement, Mohammad Abdullah Al Mamun, Managing Director of the airline thanked and expressed gratitude to all including regulatory authorities, passengers, all staff members, media and other stakeholders for their continuous support and cooperation.
The airline started its journey on July 17, 2014, with two 76-seater Dash8-Q400 aircraft and with the maiden flight to Jashore while within less than two years it introduced international flights with the flight to Kathmandu.
The airline’s fleet currently consists of eleven aircraft: four Boeing 737-800, four Brand New ATR72-600 and three Dash8-Q400.
US-Bangla Airlines presently operates in all major domestic destinations and to Kolkata, Chennai, Muscat, Doha, Kuala Lumpur, Singapore, Bangkok, and Guangzhou.
Special features of the airline services include an online booking system, home delivery, luggage delivery within 15 minutes for international flights, help desk for wage earners at the airport, SkyStar frequent flyer program, 20 percent discount on airfares for senior citizens and 10 percent for defense officials and golfers.
US-Bangla Airlines has 30 sales offices within the country and 10 abroad. The airline has over 2,500 travel agents in and outside the country. The airline has already received a number of awards for its outstanding services, including Domestic Airline of the year 2015 by the Bangladesh Monitor and PATA Award 2016.